“Come on now!!! Please stop it. It’s tickling.” But she didn’t stop it. As she continued to tickle his ear with a grass, she was constantly watching and enjoying his expressions. He was lying on her lap and was lost in his own thoughts. She was looking at his confused face trying to figure out the reason for his silence. His silence started just a few minutes ago but it seemed like hours to her. “What are you thinking?” she asked with a concerned look just like a curious child. “N-Nothing….It’s nothing.” he said without thinking much, as it was a sudden question but the regular one. Girls always ask the guys what they are thinking and get the same reply all the time regardless of the situation and time and mood or whatever. ‘Nothing’, that’s what every guy will answer for this question.
“Listen, you can never lie to me. Your eyes will always let you get caught. Now, tell me, what’s worrying you. You know I can’t see you in pain. Come on…Tell me.” she held his face gently with both her hands on his cheeks and bent down to look into his eyes deeply. Her hair was smooth and silky. Like a small waterfall with slow flowing waters, her hair fell on his face brushing gently. The very touch of her hair filled his heart with overflowing relief and the slow and soft smell of her hair filled his mind with ecstasy. He closed his eyes and just lay on her lap quietly, enjoying and savoring the moment of peacefulness. She looked at him for a few seconds but he didn’t open his eyes. She always liked to stare at his face at a very close range. She found contentment in his quiet and sleeping face.
She gently kissed his forehead. He still didn’t open his eyes. She knew he was a little stubborn but she knew very well that he was a naughty too. He always opened his eyes, only, when she kissed him on his lips. But she was a little hesitant, as they were in a park with lots of people. But her hesitance was drowned by the tide of eagerness, as she wanted to know the reason for his sudden silence. She moved slowly towards his right cheek. He knew that it was too much of him to ask a girl to kiss him in public, so he turned a little to his left, so that she could kiss him on his right cheek. Then suddenly, he felt a gentle pressure on his face. She slowly turned his face straight and planted a deep kiss on his lips filled full of love and care and said, “Now. Please open your eyes and look at me.”

He opened his eyes and saw that she was still bent down and looking at him closely. He slowly got up from her lap and complained, “You know I don’t like being stared so closely.” She smiled cheekily and said, “And you know I like to stare at you so closely.” He just sighed and didn’t say a word for sometime, then said, “I have a doubt.” “Well, I’m not surprised. You always have a doubt. So, what is it?”, she said, knowing very well that he was always full of doubts about girls. [“Hey, what do girls normally like to wear?/Hey, what do girls like to do at night?/Hey, where do girls normally go on Sundays?/etc..etc..etc..”] But this was different. She knew it was not about the girls or something funny. He looked seriously worried and said, ”You know, I was always alone my entire life. I am an introvert and had a little bit of struggling and painful past. But then, you came into my life. When all seemed lost, you gave me a purpose to live again. You very well know that, I would go to the world’s end to reach you and to get you.” She was confused. She tried her best to figure out what he was trying to say but she couldn’t, “Where are you getting at, my dear?” He turned around as he could not face her to ask this question, “If I go away or if I’m dead or lost, would you try to come for me? Will you believe in me that I will return and wait for me? Will you chase me to the world’s end?” There was complete silence. He waited for an answer but heard nothing. Then, he turned back to see if she was even there and was shocked. Tears were rolling down her eyes like the raindrops flowing on a window pane. She was crying unstoppably and she couldn’t control it. He caught hold of her, “Hey, wait…no, I didn’t mean to hurt you. Please stop crying. I'm sorry.” He hugged her tightly, she was trembling like a dry leaf in the wind, then she muttered, ”I..I..I…don’t…I…” Placing a finger on her lips, he silenced her, “Shhhh….Keep quiet. I got my answer. You don’t have to say anything.” She hugged him more tightly and they stayed like that for few minutes. Then he sat down and this time she was lying on his lap, quietly. He knew that his past will affect his future and he might get killed at anytime by anyone. But, now, he was determined to live on, just for her. He would destroy everyone just to be with her. She knew the truth too. And she now knew that he would fight to live for her. He would never let her go. But still, just a thought about her separation from him, filled her heart with pain and her eyes with tears.
She was lying still on his lap with her eyes closed. He was playing with her ear. “Come on now!!! Please stop it. It’s tickling.”, she said, with her eyes still closed. He bent down gently and kissed her forehead and yet she didn’t open her eyes. He was a little happy too to look at her stubbornness, but he knew how to make her open her eyes. Now he said softly, “You know, I want to run away for a while now. I want to see if you will chase me and if you will, then I would like to know, for how far.” She opened her eyes suddenly, before she could scold him, he placed a gentle kiss on her lips and they held on to each other for as long as possible. The sun was going down and the birds were returning to their homes. People were going back to their routine. It became dark. But they were lost in their own worlds. They were in LOVE.
Posted by Hitesh Varshan at Tuesday, January 31, 2012 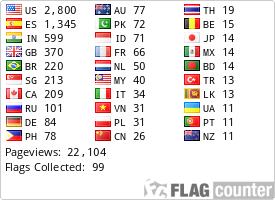